In the world of food supplements, things have come a long way since the times of the humble multivitamin. Now, we have all manner of supplements available to us from antioxidants for immunity, proprietary blends unique to our age or time of life, nootropics that support our mood and mental clarity, probiotics for gut health and even extracts of mushrooms for supporting good overall health.

But one food supplement that has piqued many of our interests is turmeric. The so-called Golden Spice has been linked with health benefits ranging from heart health support to helping to manage arthritis pain.

So, is turmeric as good as the hype? Should we be taking it every day? We decided to find out.

What exactly is turmeric? 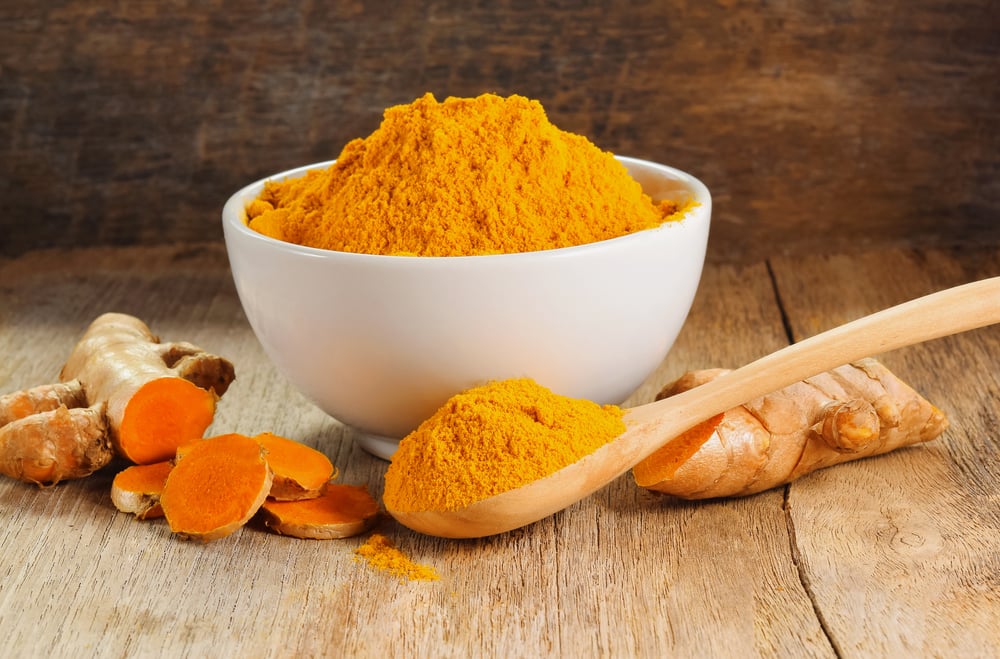 If you’ve ever eaten a curry and noticed a strong, orangey-yellow colour to your plate (or accidently splashed onto your clean, white top), you’ve eaten turmeric.

Turmeric is a spice from the ginger family and is most commonly found growing in its native Southeast Asian countries. The root, or rhizome, is ground down to create the orange powder that many of us have in our spice racks.

Along with other spices such as ginger and cumin, turmeric is responsible for giving curries their glorious colour and spicy flavour.

Turmeric has been used as a medicinal herb and as a spice in cooking in India for thousands of years. In the West, we’re relative newcomers to the benefits of this wonder spice, but it’s actually a compound within turmeric that gives it its unique health properties, called curcumin.

Curcumin is one of hundreds of known curcuminoids found in turmeric, and is the most well-studied active ingredient in turmeric.

What are the health benefits of turmeric?

Turmeric has been a stalwart of Ayurveda, the ancient Indian system of medicine, and Traditional Chinese Medicine for generations. It’s always been traditionally used to help treat disorders of the joints, gut, upper respiratory tract and the skin.

Now, here in the West, we’re cottoning on to its health benefits, most of which stem from the fact it contains powerful anti-inflammatory agents.

Inflammation is essentially a good thing. It’s part of the natural immune response and helps us heal. But stress, an unhealthy lifestyle and a poor diet can cause inflammation to build up, which can lead to chronic inflammatory diseases such as rheumatoid arthritis, type 2 diabetes and Alzheimer’s disease.

Since turmeric has a powerful anti-inflammatory effect, numerous studies have linked it with the potential to:

• Relieve the pain of rheumatoid arthritis – A study conducted in 2012 found that curcumin supplements were more effective at controlling pain than anti-inflammatory painkillers. This has led curcumin to be posited as a clinical drug that could be commonly used for arthritis pain management.
• Reduce the risk of heart disease – Researchers in 2017 found evidence that curcumin can help to improve the function of the endothelium – the lining of the blood vessels that can become damaged that can then lead to problems with blood pressure and blood clotting that can lead to heart disease.
• Protect against Alzheimer’s disease – Studies have shown that curcumin is able to help clear the amyloid plaques that build-up in the brains of Alzheimer’s patients. It’s unknown if this can reverse the disease, but early evidence looks promising and studies continue.
• Help in the management of type 2 diabetes – A 2015 study found that type 2 diabetics taking regular diabetes medication were able to significantly reduce their fasting blood glucose (sugar) and inflammation levels if they also took turmeric supplements.

Turmeric is also rich in antioxidant compounds that help to protect the cells of the body, including that of the immune system, from free radical damage. Free radicals are unstable molecules of oxygen that cause damage and disease. An antioxidant such as turmeric helps to neutralise free radicals, helping to protect the body against disease and support good immune health.

How do I take turmeric every day? 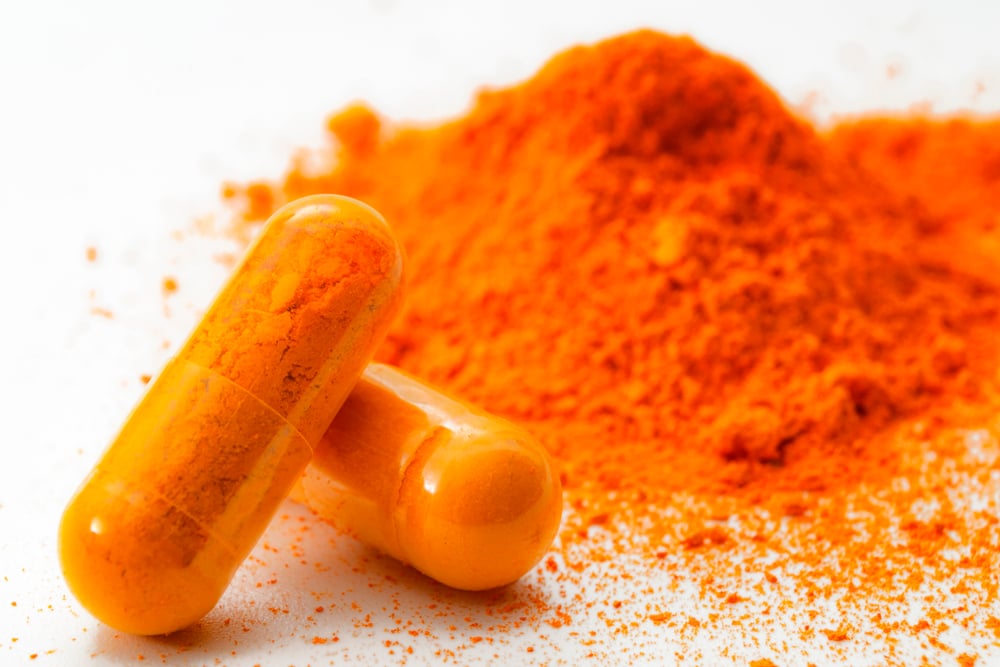 Turmeric is available in many forms. The most common form is as a spice that’s added to food. But now, we can consume turmeric blended into smoothies, teas and lattes, mixed in with scrambled eggs or tofu, added to spiced nuts or sprinkled over roasted veggies.

However, to truly reap the benefits, rather than eating multiple curries every day, we need to consume it in a more concentrated form. That’s why turmeric supplements in the form of tablets and capsules are becoming so popular. They’re also helpful if you don’t like curries or the taste of turmeric!

Different turmeric supplements will be available in different strengths, so always check the instructions on the packaging. It’s generally accepted that taking up to 8,000mg per day is safe.

Turmeric isn’t always taken up by the body very efficiently, meaning that its ‘bioavailability’ is fairly poor. For this reason, look for turmeric supplements that also contain a substance called piperine, extracted from black pepper as this helps to significantly improve the bioavailability of turmeric.

Are there any side effects to taking turmeric supplements?

According to the British National Health Service, adverse effects to turmeric are rare. Therefore, turmeric supplements are considered generally safe for human consumption.

Although it is generally well tolerated, some people who take turmeric experience gastrointestinal upset, including diarrhoea, constipation, bloating, wind, indigestion and nausea.

This is seen more commonly in those who have an existing gastrointestinal condition, so we’d advise speaking to your doctor if you have any concerns before taking turmeric supplements.

You should also speak to your doctor if you wish to take turmeric and you’re taking blood thinning medication such as aspirin or Warfarin. Turmeric can increase the efficacy of blood thinners, potentially leading to an increased bleeding risk.

So, is taking turmeric every day good for you? Given that the evidence for the health benefits of turmeric is mounting and that side effects are rare, we certainly think so!

Like all supplements, we advise taking turmeric supplements every day for at least three months to see if you notice any significant health benefits. If you feel like you’re experiencing any side effects, stop taking them and speak to your doctor.

Also Read: 20 Foods That Can Lower The Risk Of Cancer

Next: 10 Foods That Parents Should Never Feed Their Kids!