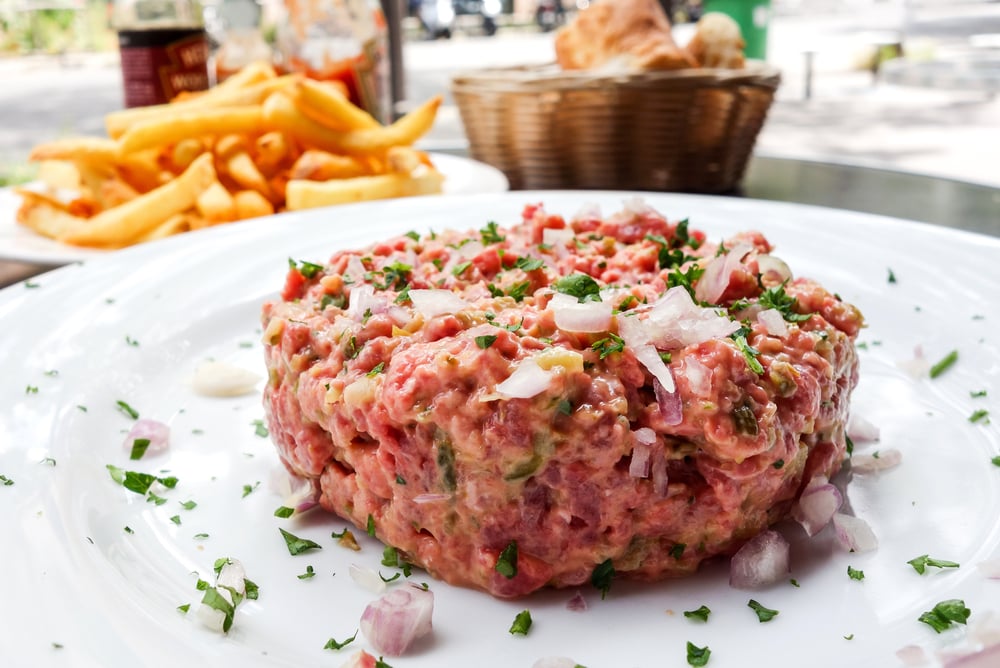 Raw or very lightly cooked, rare meat, such as steak tartare, can be very dangerous for babies and young children (Source: United Kingdom National Health Service). This is because meat contains certain bacteria that are usually killed during the cooking process, making cooked meat safe.

But if meat isn’t well cooked, these bacteria, including E. coli, salmonella and campylobacter, can still be present. They can cause severe diarrhoea and vomiting, leading to severe dehydration in babies and young children.

You should also follow strict food hygiene rules when preparing and cooking meat for a child, to avoid cross contamination of these types of bacteria.

Babies and children are less able to fight off dangerous foodborne pathogens so food safety should be paramount. Avoid giving raw, rare or undercooked meat to babies and children, due to the very real risk of food poisoning.

Next: 25 Incredible Foods For Heart Health